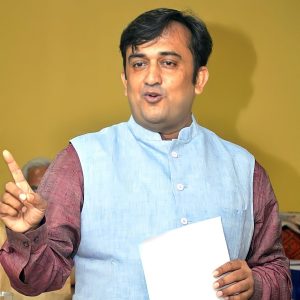 Vikas Kumar is one of the most popular Counsellor in Ranchi & Jharkhand-Bihar having guided more than 50,000 students and parents in Jharkhand and across the nation. He has addressed more than 500 seminars and Programs in Ranchi, Bokaro, Dhanbad, Hazaribagh, Delhi, Calcutta, Mumbai, Nagpur, Indore, Bhopal and different cities of Bihar and Jharkhand. He is the only Counsellor in Jharkhand who has been exposed to the nuance of Psychology as well as ever-evolving Career trends in school, coaching institutes and competitive exams.

Hosted congregation of more than 16000 children addressed by H.E. Dr A P J Abdul Kalaam in Munger on 14 th February,2004 under the tutelage of Swami Niranjananada Saraswati, Bihar School of yoga.

Conducted Research on 702 children on “ Development of human personality from Childhood onwards”. It was presented in UNESCO by Swami Niranjanananda Saraswati.